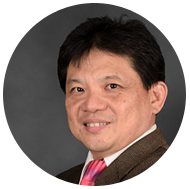 Dr Lim Chong Hee graduated with his Bachelor of Medicine and Bachelor of Surgery degree from the National University of Singapore in 1990. Thereafter, he earned his Fellowship of the Royal College of Surgeons (Edinburgh) in 1994.

From 1999 to 2001, Dr Lim furthered his training in cardiothoracic surgery at the world-renown Cleveland Clinic Foundation in Cleveland, USA.

As of 2002, Dr Lim has been a Fellow of the Academy of Medicine, Singapore and has held various appointments in the Chapter of Cardiothoracic Surgeons in the College of Surgeons, Singapore such as Honorary Secretary (2005-2009) and Chairman (2009-2013).

Prior to private practice, Dr Lim had served at the National Heart Centre, Singapore (NHCS) from 1994-2016 and had performed thousands of surgical procedures. He continues to serve as Visiting Consultant.

Dr Lim is presently the regional Proctor for LVAD, for both HeartWare and HeartMate II and III devices. These devices provide long-term support for patients with advanced heart failure.

An active researcher, Dr Lim is presently working to develop a bidirectional cannula for ECMO and minimally-invasive cardiac surgery. He is also involved in various government-funded programmes such as the National Cardiovascular Homograft Bank, where he continues to be the Programme Director.

Previously, he had been involved in several clinical trials. He was the principal investigator for the InteguSeal Protocol 100-06-0001 and Merck Trial V710, and co-investigator for STICH (Surgical Treatment for Ischaemic Heart Failure).

Other than his clinical work, Dr Lim also contributed to the NUS Medical Faculty as Senior Lecturer on a part-time basis from 2003-2016. Dr Lim held the appointment of Adjunct Associate Professor with the Duke-NUS Graduate Medical School, Singapore from 2014-2016 where he taught and tutored future doctors. 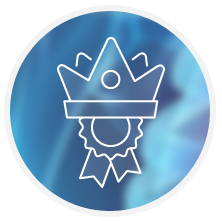